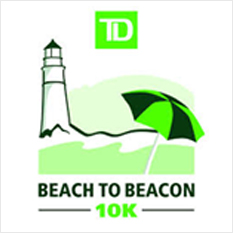 Race day filming Aug. 3 will allow runners to interactively experience the race course at their own pace, learn the course ahead of time, compete virtually with their family and friends, or just relive the experience – all from their own treadmill.


BOSTON (July 15, 2013) – Outside Interactive, a Boston-based developer of forward motion video software technology for treadmill runners, today announced it is partnering with the iconic TD Beach to Beacon 10K Road Race to create a virtual race-day experience that will enable runners to relive the excitement and train on the scenic coastal course at their own pace from their own treadmill.

Footage will be shot the morning of this year’s Aug. 3 TD Beach to Beacon from a runner’s point of view to produce a high-definition video that allows runners to interactively run the virtual race course – with spectators lining the roads – when inclement weather, travel, or deployment prevent being on the course itself.

“We’re very excited to be partnering with the TD Beach to Beacon 10K Road Race,” said Gary McNamee, president and founder of Outside Interactive (www.outsideinteractive.com). “We aim to capture all the electricity and excitement of race day so runners can be engaged and entertained while virtually experiencing the race course anytime anywhere right on their own treadmill, with their own iPad. From the competitive athlete who wants an edge, to new runners competing in their first 10K, we hope our Virtual Runner interactive race course videos will also aid in maintaining a healthier lifestyle.”

Race Director Dave McGillivray of DMSE Sports, Inc., said Outside Interactive’s interactive training video of the TD Beach to Beacon course could appeal to runners on a number of different levels. “An interactive video might benefit a runner trying to learn the course before they run it or those who run every year but want to continue to enjoy the TD Beach to Beacon experience, even from their treadmill,” said McGillivray, who also directs the B.A.A Boston Marathon and other major road races. Through the use of its state-of-the-art cameras, filming and editing techniques, the HD virtual-course videos, shot from the runner’s point of view, include all landmarks and distance markers and enable runners to become familiar with hills and how long and high they are. The new video being created for the TD Beach to Beacon – shot on race day with other enhancements as well – updates a prior video of the course produced by Outside Interactive.

The new interactive road race course video will be available to purchase or download later this fall on the websites for the TD Beach to Beacon (www.beach2beacon.org) and Outside Interactive (www.outsideinteractive.com) – just in time for the colder temperatures that force many runners inside to train on treadmills. By creating these types of race-day videos for popular road race events, McNamee said, Outside Interactive wants to eventually offer the product to race directors to create “Remote Participation Events” for runners who do not get into the actual event, either due to space limits, qualifying standards or because they are “geographically challenged”, such as deployed overseas in the military. “Other races have similar demand or they have qualifying standards, leaving many runners out of luck,” McNamee said. “For race directors, that puts a cap on revenues earned for the event. Races now can create additional revenue streams through course video downloads, Remote Participation Events and in-video advertising for the event sponsors, allowing brands to be seen not just on race day, but throughout the year. In addition, many more runners can experience their event virtually. It’s a win for the race, its sponsors and more importantly, a win for the runner.”

The TD Beach to Beacon Road Race is the first in a number of races Outside Interactive plans to film as an official partner this summer and fall on the event’s race day. “After over two years perfecting the software and filming technique, I am very excited and humbled that Joanie Benoit Samuelson’s race is the first race day filming for us to introduce our interactive video technology to the road race world.” A brief demonstration can be found here: http://vimeo.com/26057578. Trailers of various race courses, popular running routes and scenic destinations can be found on the website http://www.outsideinteractive.com/.

Virtual Runner is currently available for Windows and as an iPad app at the iTunes Store. The iPad app allows for manual adjustment of the video speed to match the runner’s pace by minutes per mile or kilometer. For an even more immersive experience, both versions are compatible with accessories utilizing ANT+™ wireless technology, which automatically and accurately drive the pace of Virtual Runner course videos.

About the TD Beach to Beacon

The TD Beach to Beacon 10K Road Race is one of the gems on the U.S. road race circuit, attracting the world s top elite runners to Maine’s craggy coastline each year. The race draws runners from throughout the region and the world to the small coastal community of Cape Elizabeth. Thousands of spectators cheer on the runners along the picturesque course and at the finish at the historic and stunning Portland Head Light, the most photographed lighthouse in the world. The TD Beach to Beacon was founded in 1998 by Olympic champion Joan Benoit Samuelson, a Maine native and running icon. Each year, the race benefits a different children s charity in Maine by providing a cash donation on behalf of TD Bank. For more information, visit www.beach2beacon.org or find the race on Facebook and Twitter.

Outside Interactive is a Boston developer of Virtual Runner for Windows and Virtual Runner for the iPad, revolutionary patent pending forward motion technology solutions featuring famous race courses, popular running routes and scenic destinations, all shot in HD from a runner’s point of view. The company was founded in 2011 by Gary McNamee, a lifelong Boston resident, avid runner and entrepreneur. He developed Virtual Runner after becoming bored on the treadmill and frustrated with not being able to train properly for the B.A.A. Boston Marathon® in New England’s unpredictable and often harsh weather. For more information, visit www.outsideinteractive.com or find Outside Interactive on Facebook and Twitter.